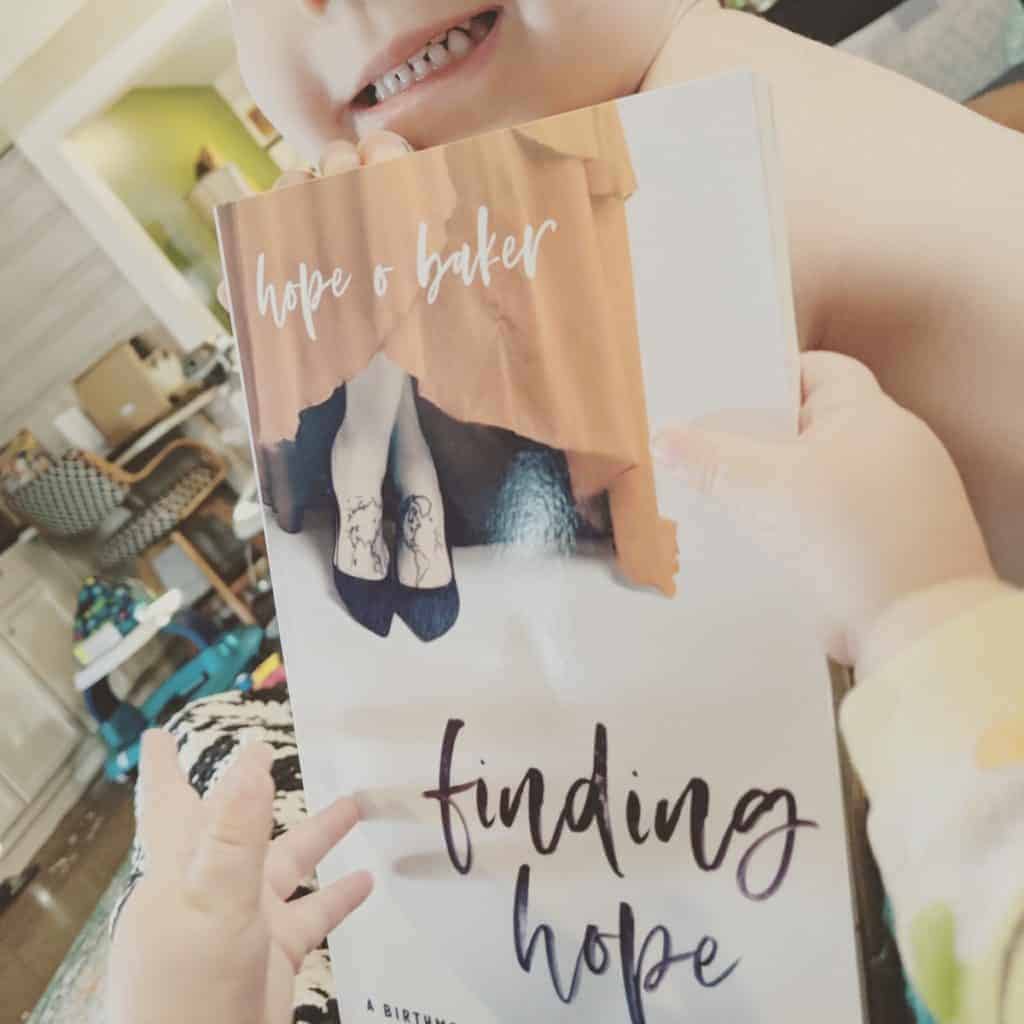 Finding Hope: A Birthmother's Journey Into the Light *Book Review*

Finding Hope: A Birthmother’s Journey Into the Light *Book Review*

When working with birthmothers after placement of their child, even as a professional with experience and comfort in doing so, it is sometimes difficult to connect in an authentic way. These women and men who have recently placed their children are hurting deeply, despite feeling as though they made the right choice for themselves and their child.

Hope O Baker’s book, A Birthmother’s Journey Into The Light is an incredible resource for birthmothers and fathers post placement. The honest perspective of someone who has been through it profoundly reassures that the early, bottomless, consuming grief is normal–that it will hurt less in time and you can and should allow yourself to wallow in it if that’s what you feel you need. Baker encourages birthmothers that however you choose to move through the grief, allowing yourself to feel it is crucial. By ignoring it, or believing you are not entitled to grieve, it is given clearance to grow and ultimately consume you. Grief of any kind doesn’t just simply go away and Baker’s story reflects just that.

One word adoption professionals use with regularity in educating expectant moms about their options for adoption is Control. The hope is that birthmothers are in control of everything affecting the adoption of their child. However, one of Baker’s sources of grief in her adoption experience stemmed from having such little control. Reflections of her hospital experience demonstrate a preoccupation with being attentive to the confidence of the hospital staff, professionals and adoptive family that she was in fact going to place and not “changing her mind”, a dreaded word in adoption. She was so consumed by reassuring those people around her that she felt she couldn’t be honest with herself about what she needed to do or say to protect herself. She didn’t speak up or assert her needs to hold her child or spend time with him for fear of others thinking she wasn’t committed to placement. She also feared that she’d scare the adoptive family away and be left without a plan for her child, and that fact haunted her when trying to process the grief of the adoption experience. She writes, “All along, I’d known I was going to have a hard time, but I never once thought about changing my mind. I knew I had to do this for my son, and I was safe and secure in my choice. But there was a feeling in the room that changed the temperature: people were so worried I was going to change my mind that I didn’t feel like I could step on their toes by asking for what I needed. I didn’t use my voice and I felt powerless—like a vessel whose job was done. Like I wanted to disappear, or maybe I already had.”

Ultimately, Baker’s story encourages birth mothers to speak up for themselves and honor their own needs during this time. The time with their baby post-delivery is so brief, and so full of intensity, that feeling the need to honor anyone else’s needs or tend to their expectations should not be of concern.

Baker’s perspective on how this experience affected her personality post placement was also noteworthy. She says,

“My therapist explained to me that women to place children for adoption take an authoritative place in their own lives whenever possible because they often feel like they didn’t have choices or control before. And when they can’t, they have huge reactions.”

She spoke about the people who walked the path with her with such maturity, recognizing that they all had their own experience with grief and loss, too.  Baker had a tumultuous relationship with her mother who behaved horribly through their adoption process. Honorably, Baker was able to look back and recognize that while there were many factors at play, her mother was also having a grief reaction to the situation:  her young daughter being pregnant, losing her relationship with her grandchild, being a passenger on an adoption voyage she didn’t sign up for regardless of feeling this is the right thing to do. It puts in perspective the emotional journey the people surrounding the expectant parents go through. While a birth mother shouldn’t be expected to tend to their support people, she should know that their behavior is also being affected by the adoption process.  Maybe even the people that couldn’t be there for you, or said things that were horrible, or disappointed you in some way— it may not have been about you, but rather about them and the way they were dealing with this experience that affected them, too. Baker writes,

“I respect my son’s mother and I know she has her own set of considerations she’s dealing with. Looking back, I realize a lot of people have been scared and scarred during this whole ordeal besides me.”

The way Baker wrote about her story was with such openness about the perceived embarrassing and shameful parts of her story. Post placement is such a difficult period of time for all involved. For a birth mother, learning how to exist away from your child and allow someone else you often don’t know well to raise them is an enormous exercise in trust.

You learn to accept your child’s parents’ authority and decisions regarding the child you grew, and they parent. On this topic, Hope talked about a disagreement she had with her child’s mother who was honoring a pre-agreed upon boundary. When trying to push that boundary, the child’s mother stood firm and Hope responded with such maturity saying, “I don’t like it, but I respect you. So, I respect it.” This response took courage and maturity and gives me some insight into how to help those open relationships between birth parents and adoptive parents grow over time.

This book is a must read for people wanting to know what the experience of adoption can be like. For a birthmother,

Hope offers you her struggles and successes to prepare you for the worst and best parts of placement. For adoptive parents she gives you advice on how to relate to the birthmother and understand motivation for their choices after she hands over her child and trusts that you’ll be everything she hopes for the child she loves so deeply and for whom she cannot or will not parent.

This book is an absolute gift.