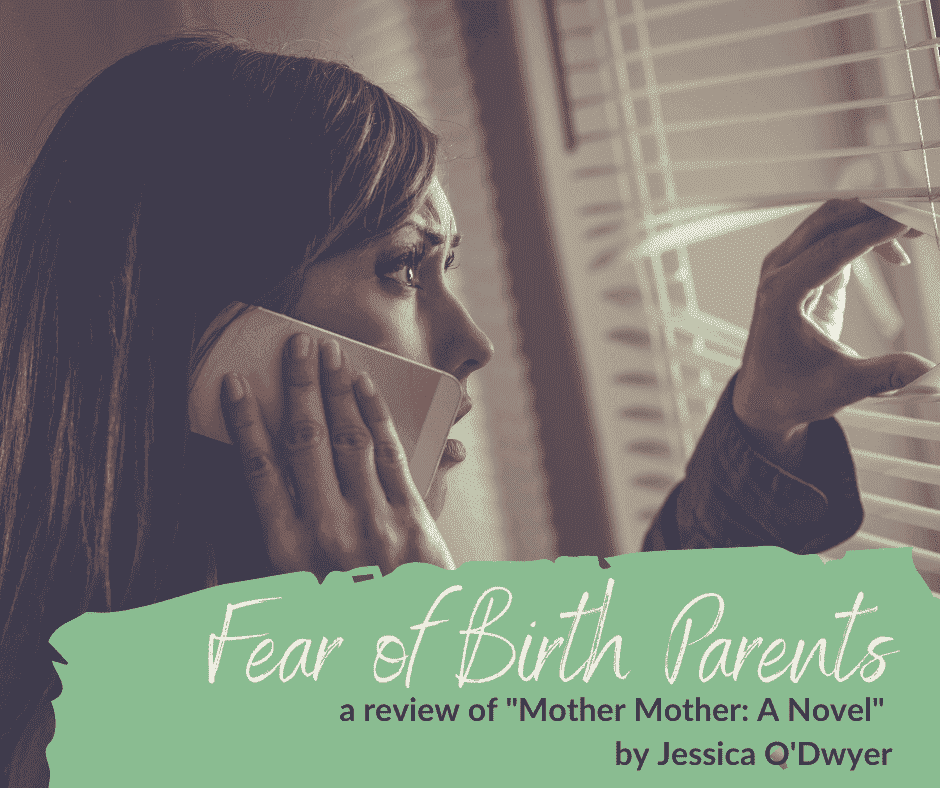 Fear of Birth Parents: A book review of MOTHER MOTHER by Jessica O’Dwyer

It’s not everyday that a book shows up on your doorstep with a note asking you to read it. But when it does, you listen.

In a prior life, I had my heart set on working in International Adoptions, and I spent nearly a year in Guatemala/Central America on a solo travel trip. So when the novel Mother Mother literally landed at my feet, the premise of the book couldn’t possibly have been more appealing.

Mother Mother, by Jessica O’Dwyer is a story of a married Californian couple working through the highs and lows of adoption. Julie Cowan, the “Mother” in this novel, and her husband Mark have been trying for years to have biological children. After no success, they pursue the International Adoption of a Guatemalan orphan, Juan. After a 5+ year bureaucratic nightmare (a hallmark of International Adoption), Julie and Mark successfully adopt Juan.

Upon returning to the states, their family stability quickly devolves. The reality is Juan is a child who abruptly relocated to a foreign country after several years of institutionalization. He is now living with strangers, is the only brown person in their suburban white neighborhood, and he can’t speak the language. Compounding the chaos is Julie’s immense pressure at her job, and her husband’s taking off with the intern leaving Julie to parent alone. Julie’s support system is less than helpful, as her sister encourages her to give Juan back and the only other adoptive family she knows does in fact disrupt the adoption of their 2 internationally adopted daughters.

From the chaos, Julie’s evolution as a mother emerges as the true heart of this story.

When the efforts to bond with a child and develop an identity as their mother is influenced by the presence of another mother, the relationship becomes highly complex. Like Julie, a common reaction to this complexity is to wish that you were in fact the only mother.

But in adoption, there will never be just one mother.

For many adoptive mothers, the existence of another mother intimately tied to your child can stir a fear response. For Julie, her fears were rooted in her insecurities. Julie hadn’t yet found confidence in her identity as a mother in part due to the extreme difficulties in parenting Juan, and his own internal struggle made Julie feel inadequate as his mother. Inadequacy creates doubt in the deservedness of the title of mother, and compounded with the knowledge that another woman also has this title, it produces fear. Fear is a common theme in adoption and one that often motivates choices with regards to relationships with birth parents.

In response to these fears, sometimes adoptive parents protect themselves by erecting rigid boundaries for their relationship with their child’s birth family.

The misconception is pervasive, that physical and emotional distance in the relationship with a birth parent means that the child will never need or want their birth family.

But this just isn’t true. Regardless of any other variable, anecdotal evidence tells us that an adoptee almost always feels a pull to know their birth family.

How a child responds to that desire looks differently for each child, but if they are met with resistance from their adoptive parents it can produce immense pressure for a child to choose between their birth family and their adoptive family.

This pressure to choose, whether intentionally communicated by adoptive parents or inferred, has endless consequences for the adoptee including pervasive secrecy and shame.

Fear in adoption is by all means normal and these fears must be challenged. The story of Mother Mother is a narrative of exploration of these fears, and ultimately resolution.

The message of the novel is that no amount of distance or silence will let an adopted child forget that they are the child of two mothers. They are always both her child, and yours.

That identity is complex, as is yours as an adoptive parent.

For your adoptee’s sake, embrace and nurture that shared motherhood.

Your adoptee depends on it.

About the Author: JESSICA O’DWYER is the adoptive mother to two teens born in Guatemala and author of Mamalita: An Adoption Memoir, named Best Memoir by the San Diego Book Awards. A vocal proponent of open adoption and lifelong connection to birth country, Jessica speaks on these subjects at culture camps, book clubs, and to anyone who will listen. She and her family, who live in California, travel to Guatemala for a month every summer to visit with her children’s birth families.

Want to learn more about adoption? Visit our website: www.absoluteloveadoptions.com

Considering adoption for your child? Email us or call/text us

If you wish to learn more about International Adoption, “Stuck” is an excellent documentary: STUCK (stuckthedocumentary.com)

To learn more about fear of birth parents click here.

More about the loss of a birth parent and how an adopted child experiences this click here.

*Some of the links above are affiliate links, and at no additional cost to you, I will earn a commission if you decide to make a purchase after clicking through the link.