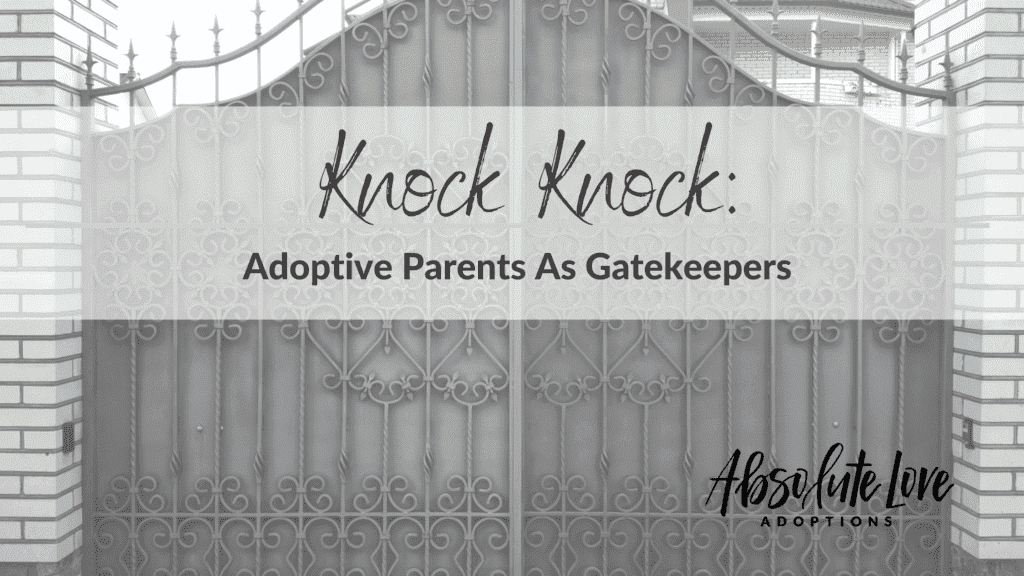 The adoption of a child brings the great gift of parenthood, and also the great responsibility of managing a relationship with the child’s Birth Family. This responsibility is often referred to as “Gatekeeping” and is immensely important. It is also challenging.

Figuratively upon placement a gate is closed between an adoptive family and their child’s birth family. A birth family must seek permission to access the child. This is the essence of gatekeeping.

There is no guidebook on how to manage this responsibility well, however, understanding its existence can equate to a less difficult relationship with the birth family, and a child’s more satisfying relationship to their status as an adoptee.

Within adoption there exists a very nuanced power dynamic between birth and adoptive parents, one that heavily influences an adopting parents behavior regarding the gate to their child. For a birth mother who was solely responsible for the child in utero, and had all of the control until placement, her access is abruptly cut off at placement and the adoptive parent becomes the decision maker regarding when and how a birth parent will have access to the child. At least this is true until the child reaches an age where they become vocal about their own desires for the relationship (which to be honest, is much earlier than the 18 years old we always anticipate).

In many ways, the relationship post adoption becomes whatever the Adoptive Parent desires.

The adopting parents may feel the need to assert ownership over the child by outwardly asserting self as “Mom” or “Dad.” When the relationship is still developing between parent and baby, the parents can feel insecure over their role. Another person “mothering” the child may feel threatening rather than supportive, and unfortunately for many adopting parents, the mere existence of a birth mother can feel threatening.

The period of time after placement is often full of new parent anxiety, new adoption dynamics and let’s face it, lack of sleep doesn’t help anyone make good decisions! The fear for parents is most commonly that by involving the Birth Parents in the child’s life through pictures, messages or phone calls, the Birth Parents are going to love or miss the child so much they will want the baby back.

This fear based thought pattern is rooted in insecurity, and acting on these feelings impairs the opportunity for the child to have much needed relationships with the Birth Family over time.

This perception of birth parents as interference as opposed to enhancement influences adoptive parent behavior in relation to the gatekeeping responsibility. Adoptive Parents can become possessive, avoidant or resistant to communicating with Birth Parents in an authentic way.

For some parents, they may participate well in the open relationship, but still be working through the fears and insecurities in private. This is to be expected, and getting to a place of comfort with adoption openness does not happen overnight.

The birth parent on the other side of the gate has very profound feelings of vulnerability in response to this position. Often their position promotes fear that their access can be cut off at any point, for any reason. Birth parents sometimes feel the need to be flawless and measure up to your expectations. They may feel shame, embarrassment, sadness, or even anger or resentment that there is a gatekeeper at all between them and the child. At worst, they may feel disconnected, unimportant which can lead to resentment that they chose the family they did, or that they chose adoption at all. They too are working through complex feelings about having placed a child, and wanting to know the child and their family.

There is endless research and anecdotal evidence from adoptees about what they need from adoptive parents when serving as gatekeeper. What is true is that Adoptive Parents’ choices about the child’s relationship with their birth family will influence how the child feels about self, adoption, and their depth of trust and confidence in their adoptive parents.

The role of gatekeeper may feel foreign or challenging as a new adoptive parent.

Talk. Talking about it with people who understand the complexities of adoption helps adoptive parents normalize their own feelings, and enhances their confidence as the parent. This process reduces the insecurities that often lead to overly assertive gatekeeping. Ideally, an adoptive family is connected to an adoption specialist, home study provider, adoption competent counselor and other adoptive families who can support them in exploring feelings related to gatekeeping.

Trust. Trusting in self, the child and the birth parent drives a healthy relationship. Trust that both adoptive and birth families want this child to thrive, and to have every opportunity in life to reach their full potential. A healthy power balance between families is an incredible way to support that goal for the child at the center.

Learn. Keep reading and learning about the power dynamics (including our course “A Tale of Two Mothers” available in 2023) and the responsibilities as gatekeeper. Make the promise to self and child to continue learning about the nuances of adoption, and to always look to deepen that understanding.

Know. Remember that the presence of a birth parent is not subtractive from the relationship for adoptive parent and child, it is additive. 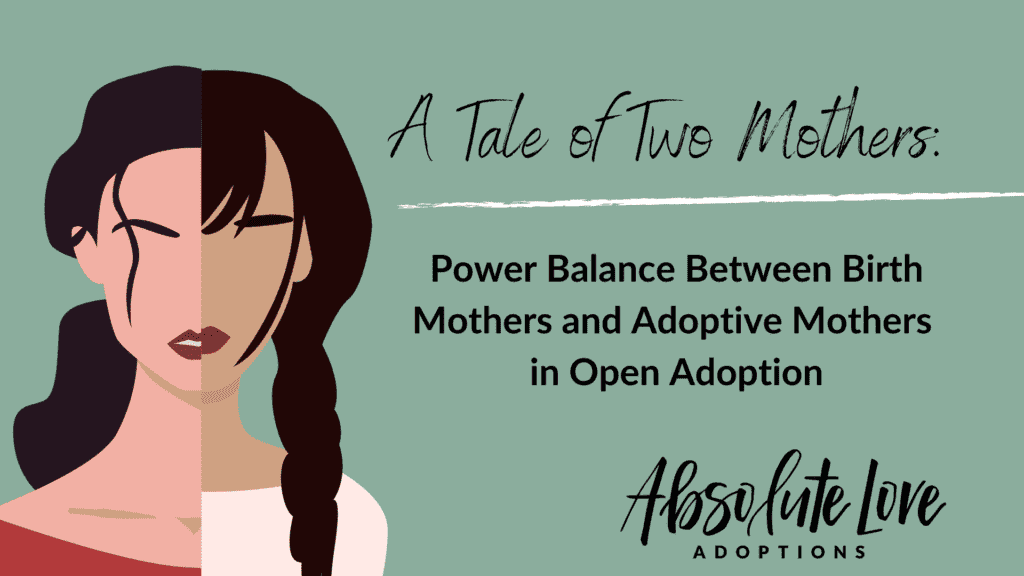 COMING 2023
Let us know if you wish to be notified when the course is published! 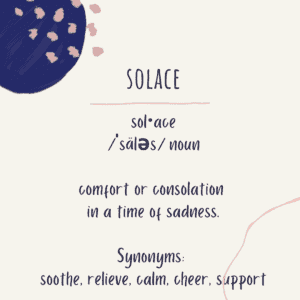 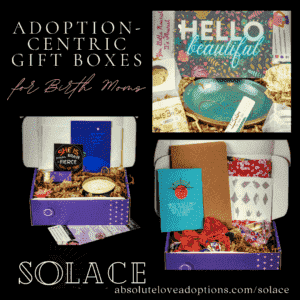